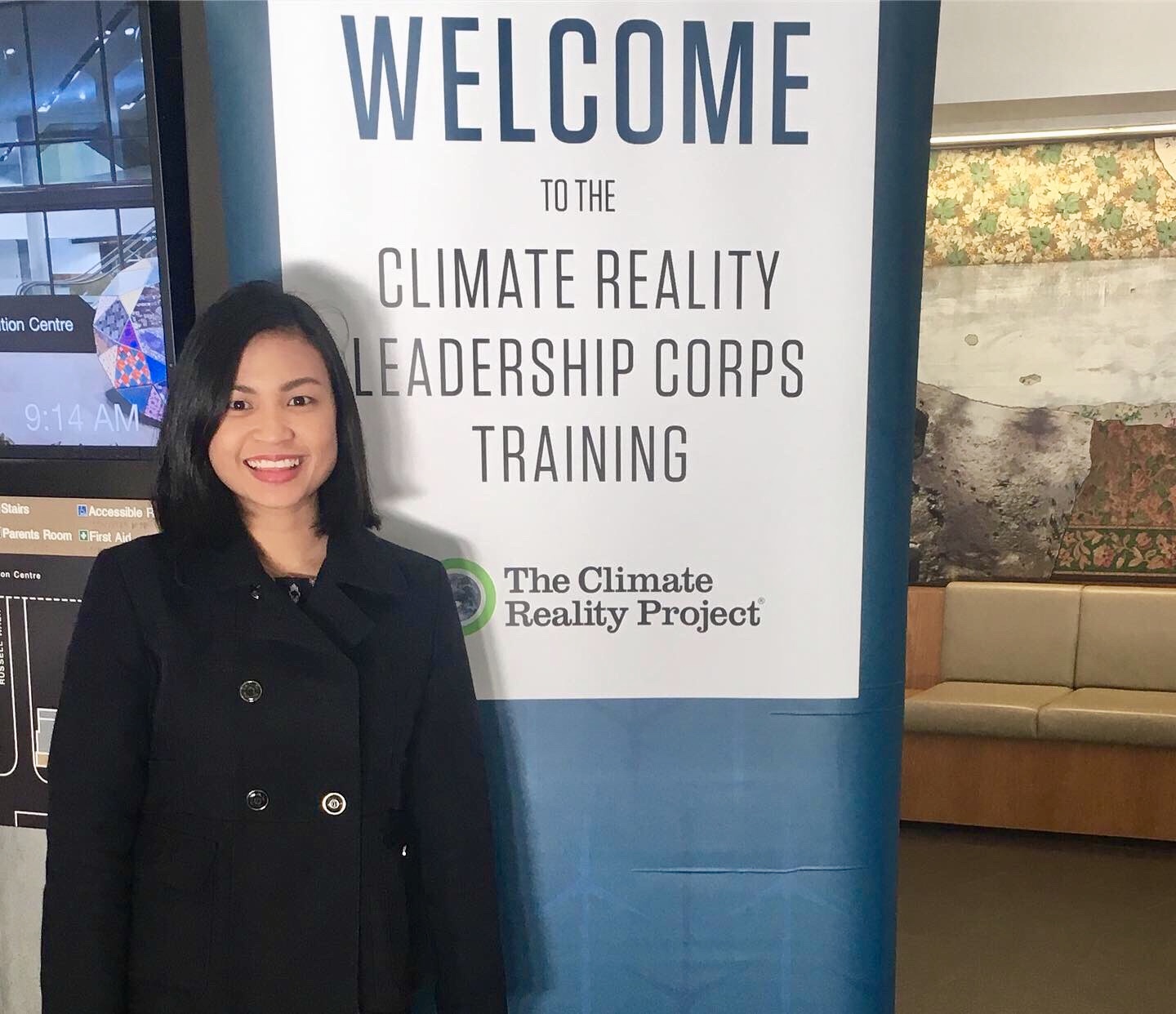 Earlier this year, I was facing ecological grief— worrying about the future and the impact of the climate crisis, and wondering if I was doing enough to live as sustainably as possible.  Being an early childhood teacher, it is frightening to acknowledge that the children I teach will be significantly impacted by the climate crisis…unless we all do something radical about it.

One night, as I was scrolling though Facebook, I saw a post by Keith Heggart in the IEU’s Facebook Environment Group. It was about the Climate Reality Leadership Training. It was the first time I had heard of this training, even though it has been going on for more than a decade! When I looked into it a little bit more, I learned that former Vice President Al Gore set this organisation up to bring awareness about our changing climate and to teach the leaders ways to make a difference in the world. It was then, that I realised that I could and wanted to be part of this training.

I applied for the training, not knowing where I stood, and few weeks later, I got the acceptance letter! This was the 41st training. It was held in Brisbane and went for three days in June; the first day coinciding with World Environment Day. Three intensive days of learning the latest news of the climate crisis, listening to scientists, environmentalists, professors, first nations peoples, entrepreneurs and influential people discuss and review what is happening today and what we can all do right now. Every speaker was inspiring and brought a different angle on potential solutions to the crisis.

There was time to interact with fellow attendees and mentors—there were about 780 people, who came from 36 countries and a huge scope of the workforce. Part of the learning included networking with others—there were about 80 people in education, and everyone there held similar beliefs of ensuring the next generation is equipped with skills and knowledge to tackle this crisis. It is with education that things start to change. There is a recent study done by North Carolina State University, which outlined that teaching a child about the warming climate often raised concerns among parents about the issue. We, as teachers, are therefore key stakeholders in making a change.

In this training, we pledged to undertake 10 acts of leadership in the twelve months following the conference. Acts of leadership are things that we do to inspire change in the current system, such as writing to or meeting with an influential person, calling or writing a letter to a government MP, presenting the latest on the climate crisis, organising an event that benefits the environment, rallying, and small individual efforts such as divesting our money from fossil fuels and choosing a more sustainable lifestyle are just some of the acts that we pledged.

We need to address the crisis and talk about it as much as we can. The sooner we can all find ways to make a change, the better.

In case you are wondering how important this issue is, let me leave you with this: we are in such a crisis that in order to get the message out in mass scale, there was no fee to attend the training. We know the importance of education and being informed. Who better to make the change, than us?

Tweets by @@IEUNSWACT
bls near me